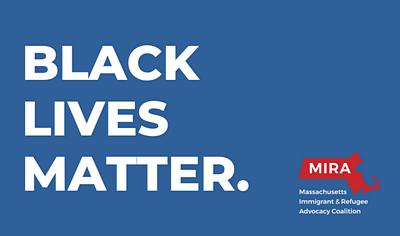 In his 1963 “Letter from a Birmingham Jail,” the Rev. Martin Luther King Jr. wrote: “Injustice anywhere is a threat to justice everywhere. We are caught in an inescapable network of mutuality, tied in a single garment of destiny. Whatever affects one directly, affects all indirectly.”

For as long as any of us have been alive, we have watched African-Americans endure discrimination, oppression and violence in this country, often in the name of “law and order.” In 2019 alone, 235 Black men and women were fatally shot by police. COVID-19 barely slowed the death toll; so far in 2020, it has been 83. And that doesn’t count George Floyd.

Enough is enough. People are taking to the streets by the thousands because, yes, Black lives matter. Every one of them. Any system that inflicts so much violence and death in the name of public safety is fundamentally broken. It is time for a reckoning: the pandemic, the hunger and anxiety in our neighborhoods, and the reality that Black lives are always in peril – it’s too much for a community to bear at once.

The injustice in our cities echoes the injustice at our southern border, in immigration detention jails, and in our communities, where families who just want to live in peace live in constant fear of being torn apart. And for Black and brown immigrants, the two are inextricable.

As a coalition of advocates, immigrant leaders and service providers committed to an equitable and inclusive Massachusetts, we stand firmly with the protesters who demand justice and systemic change. We strongly support peaceful actions, as anything else imperils the whole community.

Our fates are woven together. Black, brown and white, we live together in a single Commonwealth, and yet experience it very differently. We will not rise out of this crisis unless we recognize that justice, peace and prosperity for just some is not acceptable.

We call on our elected officials, business leaders, civil society, faith leaders and all people of conscience to seize the moment and commit to righting this wrong. There is no time to waste. The future of our communities depends on it.