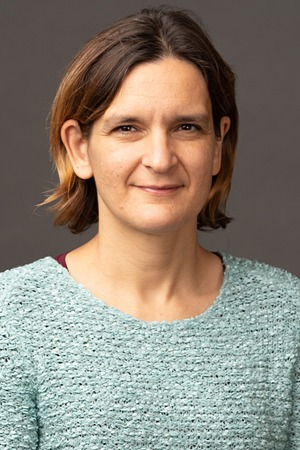 Born in Paris, the daughter of a math professor and a pediatrician devoted to helping child victims of war, she found her calling while working as a research assistant for Western economists advising Russia in the early 1990s. Economics done right, she decided, could be “a lever of action in the world.”

After earning degrees in history and economics from the prestigious École Normale Supérieure, she came to the U.S. to pursue a Ph.D. in economics at MIT. She joined the faculty after receiving her degree in 1999 and has built her career at MIT, co-founding J-PAL in 2003 and pioneering a new wave of economic research that uses randomized controlled trials to help design and evaluate social policies.

Professor Duflo’s research, conducted mainly in India and other developing countries, seeks to understand the economic lives of the poor and provide tangible evidence to determine which strategies make the greatest impact. She has worked on health, education, financial inclusion, environment and governance.

Her most recent book, Good Economics for Hard Times, co-authored with her husband and longtime collaborator, Abhijit Banerjee, examines some of the biggest challenges in our world, showing how bad economics can skew public policy in cruel and harmful ways. They argue that migration is beneficial not only to migrants, but also to the countries that receive them. They support universal basic income as a way to lift the poorest families out of poverty. And they set out to build a powerful case that “there are no iron laws of economics keeping us from building a more humane world.”

Professor Duflo has received numerous honors and prizes over her career: from a MacArthur Fellowship, to the John Bates Clark Medal, to the Princess of Asturias Award for Social Sciences, to the Nobel. It is our privilege to recognize her extraordinary contributions as an immigrant to the U.S., and to welcome her as our keynote speaker for Give Liberty a Hand 2020.